I’ve never so much as bent a piece of metal before this project so getting from zero to making panels, the new heating system and various doublers has been interesting. Since I got her I’ve been looking up at a raggedy hole in the roof of the cabin where the NAV antenna used to be attached. It doesn’t look like there was ever a backing plate and certainly not the doubler it should have to support it. I decided to patch the original hole, using AC 43.13, and relocate the antenna.

Unfortunately I didn’t save the before picture but here’s a few along the way: 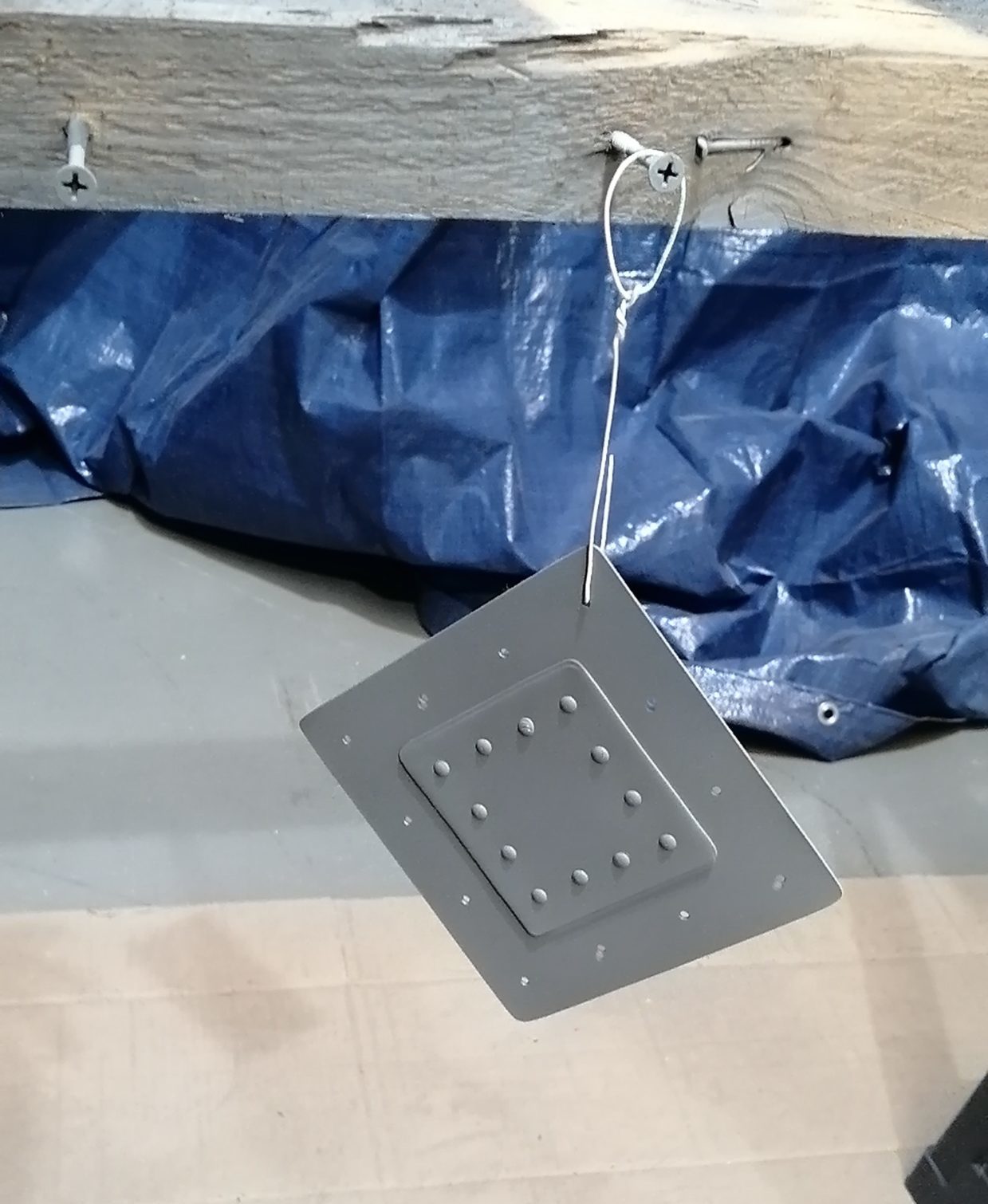 Clecos are now my favorite tool! The patch has two pieces of .040″ 6061-T6, one sized to the hole and the other oversized to allow it to rivet around the hole.

The result is a flush patch. Not that I’m especially worried about drag optimization in a 48 rag wing, but if it’s worth doing … I’ll clean it up and give a lick of paint to tidy it up when I get to painting stuff in the next few weeks.

Next up was the new location for the antenna. I’ve put it just aft of the rear spar. This far back may add to “shadow” from the cabin, but I decided I liked the stronger position better. Also given the radio is in the back (controlled by the MFD) I’m able to run the coax up the inside of the control cable box, keeping it out of sight. 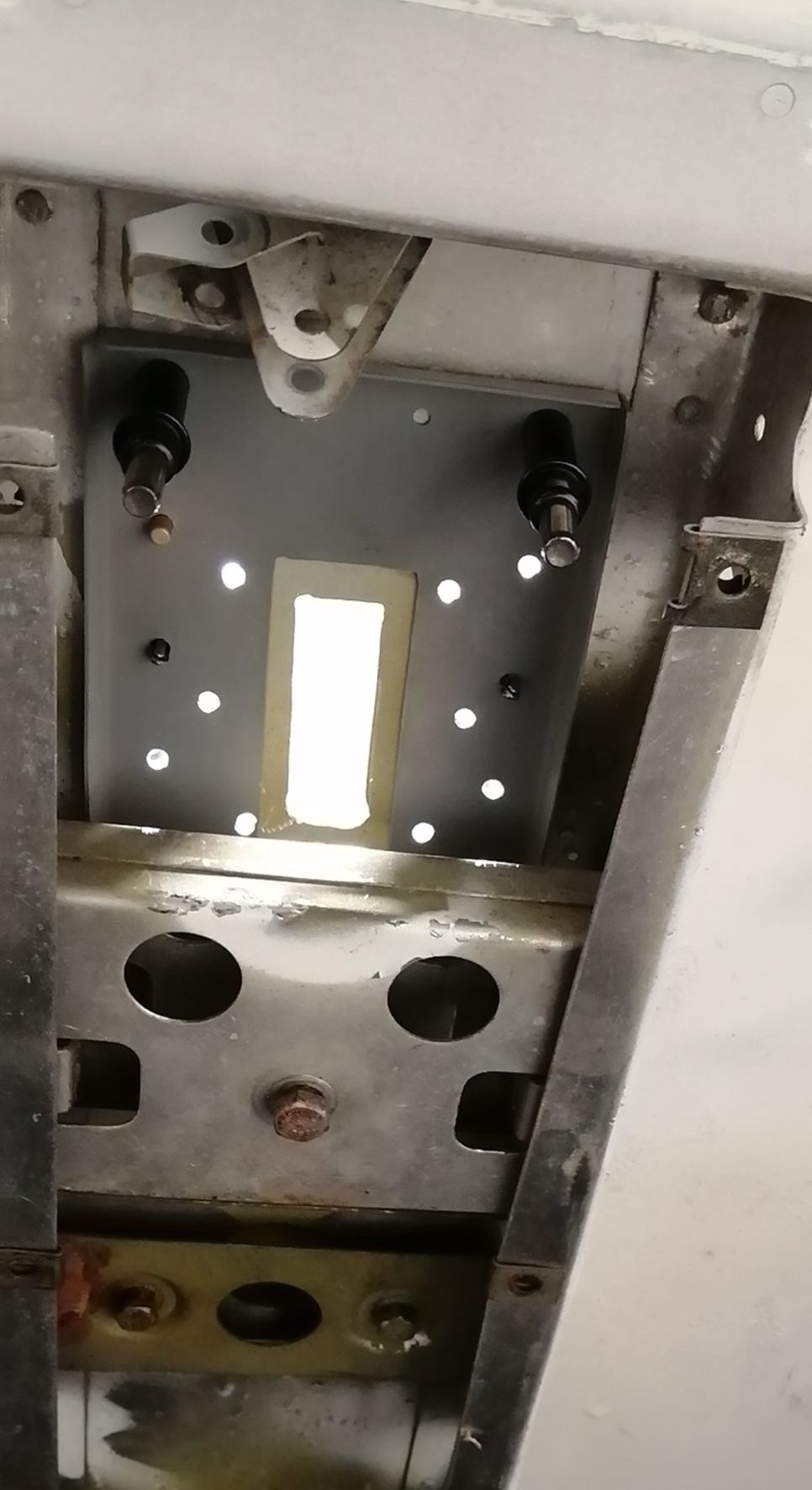 I put the COM antenna further back (at the last cabin frame) so it is adequately separated from the NAV antenna. Again, shadow may affect performance; if it does I’ll move it.

So, she now has a GPS puck, NAV, COM and ELT antennas all installed. 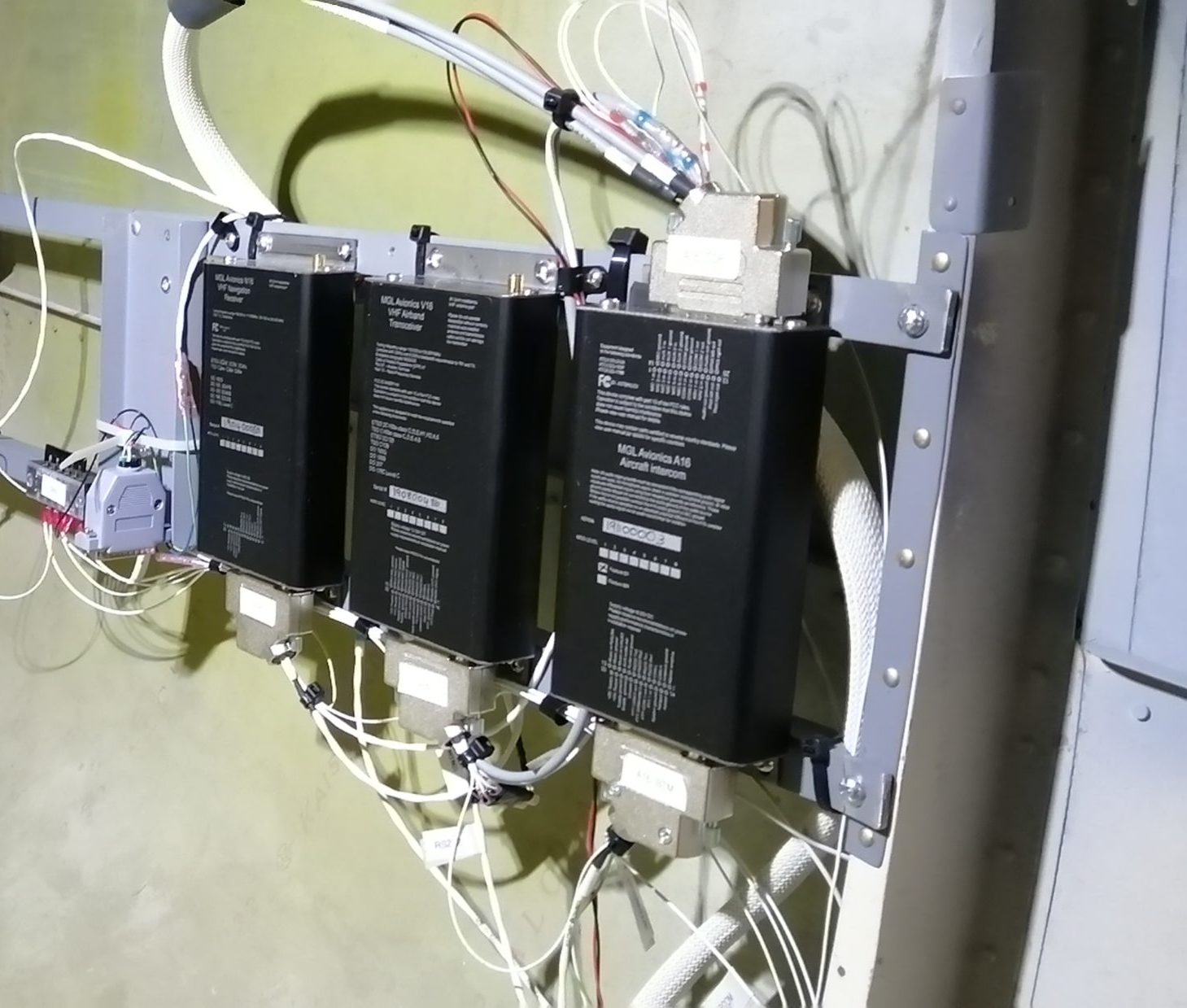 And shortly they’ll be hooked to the avionics rack. 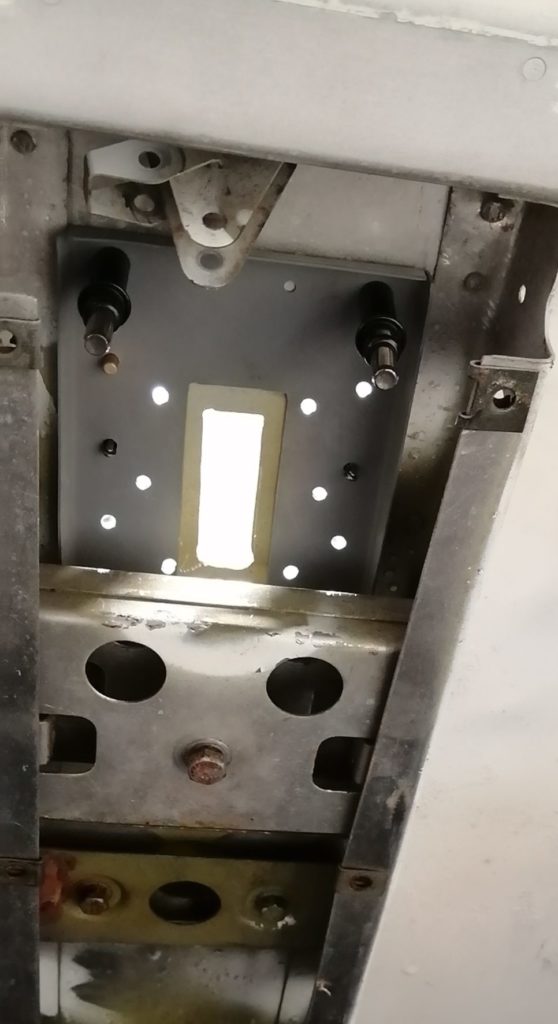